All Collections
Using the App
Troubleshooting/FAQs
Do we have to do the Biblical Series Exercises in Order?

Do we have to do the Biblical Series Exercises in Order?

A journey through Salvation History: A Formative Process

Written by Nathaniel Binversie
Updated over a week ago 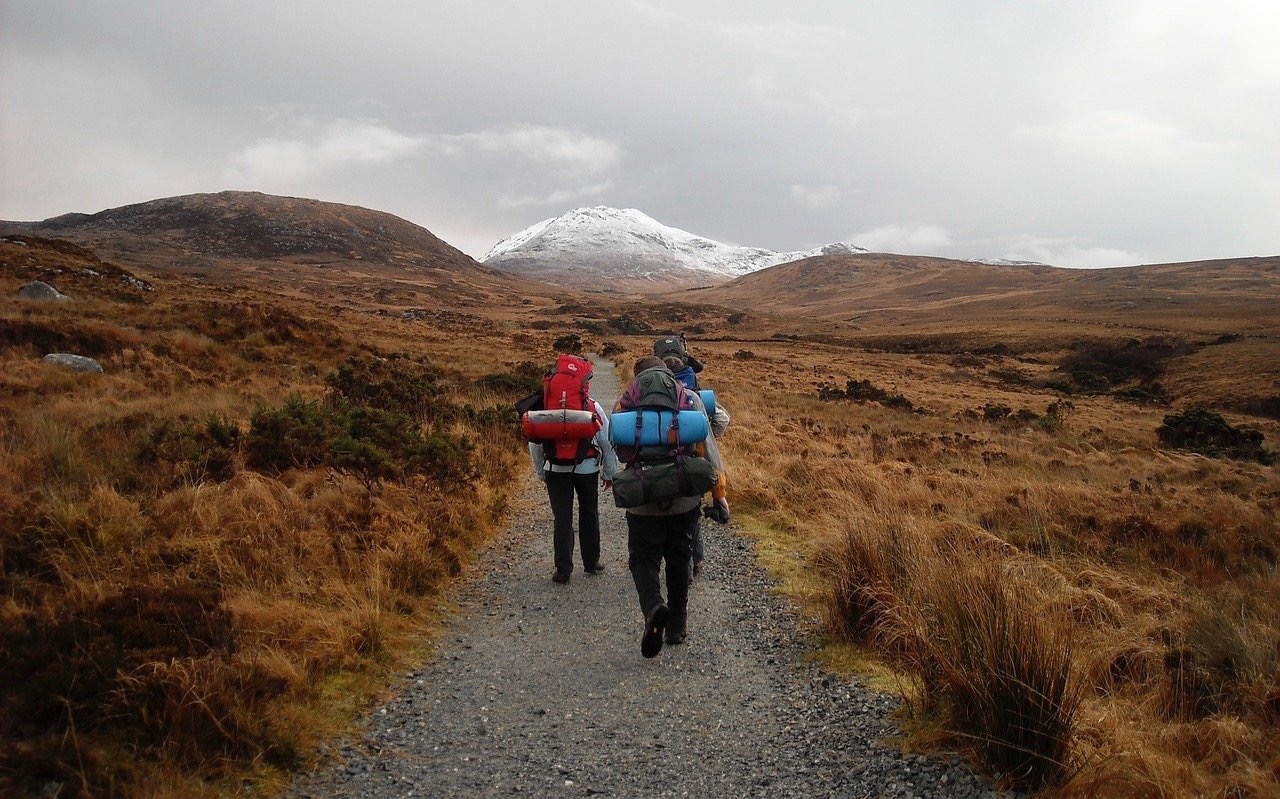 The Biblical Series is a clear, unifying, way for you and your fraternity to celebrate your accomplishment, learn how to defend your newfound freedom, and in fraternity with men around the world, keep following Christ forward.

The Biblical Series begins with a feast at Reflection Oasis. From there the path ahead leads into the Biblical Series Backcountry, through Salvation History, and straight to the perfect man himself, Jesus Christ.

The Biblical Series exercises are created to be done sequentially. That is, in the order they are numbered. They should not be seen as a library of "more content." Much thought and prayer has resulted in a far more effective method of formation than that. And we hope much more for you than that might provide. When lived out in order, you should experience what we pray is the greatest possible fruit from practicing the Biblical Series exercises.

May the Lord bless you and your fraternity along your Biblical Series journey.

1. The Biblical Series is a chronological journey through scripture.

The books of the Bible make up one larger story of salvation history. The story of God's people and his relationship to them. A story that starts with Adam, culminates with Jesus Christ, and continues even beyond our very time with the book of Revelation.

Here's a question as an example. Why did Jesus come in the year he did? The stories of the Old Testament—which are the primary texts used for the Biblical Series—give this answer. (Especially the book of Daniel. But we'll leave that further explanation for Leo's Ledge, the 14th exercise in the Biblical Series.)

As you work your way through the Biblical Series Exercises you'll notice that we don't use all the books in the Old Testament, but skip many of them. The books chosen for the Biblical Series are primarily the 14 narrative books of scripture. The books that Jeff Cavins has made so famous with his Bible Time Line and his Great Adventure Bible series. Jeff Cavins explains how it is these 14 books that carry the chronological story of God and his people, in the most direct way. The other books are no less important, they just may serve a different purpose than carrying the primary line of the chronological story. 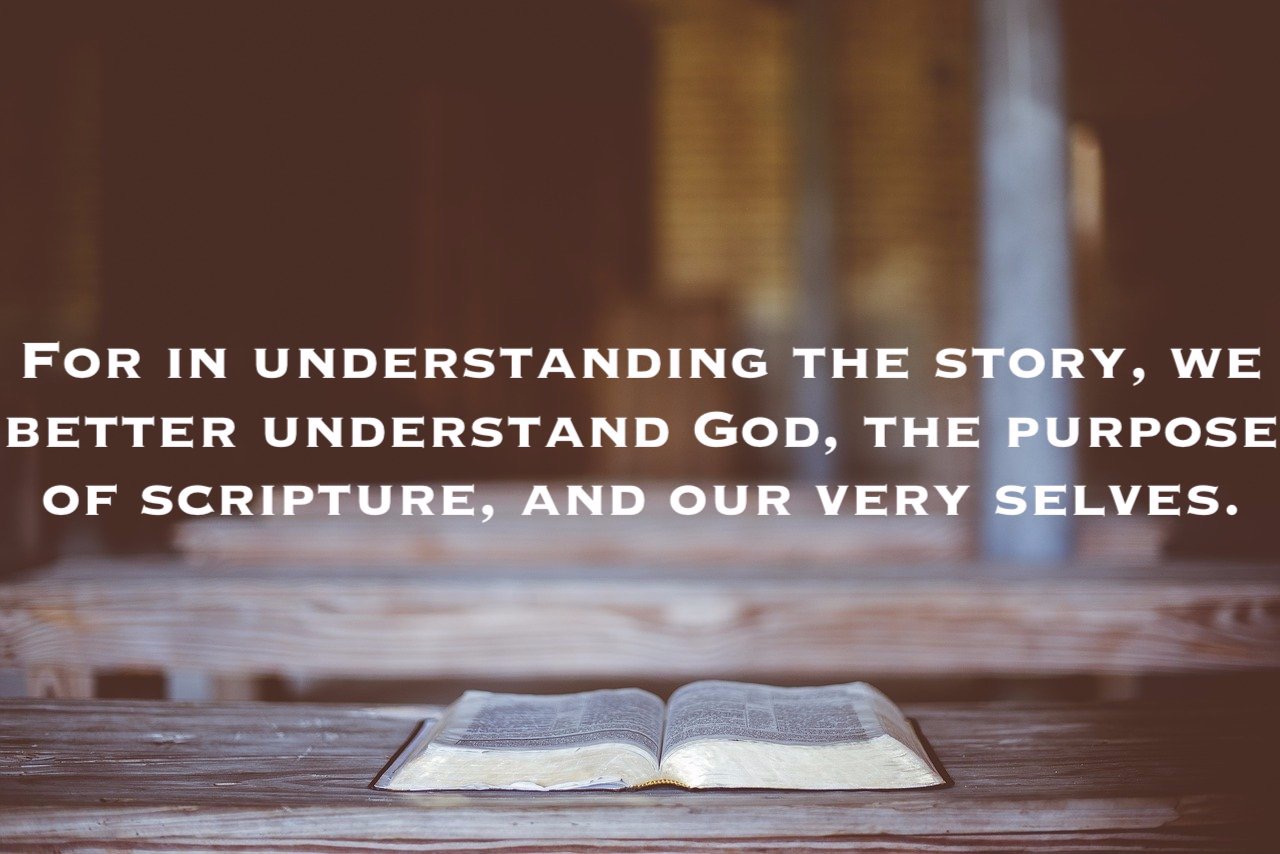 Many of the great teachers and catechist in the Church today see the need for us as the Body of Christ to learn the story of salvation. They see the need to read the scriptures in a way quite different than we do at mass. A completely linear way. A chronological way. For in understanding the story, we better understand God, the purpose of scripture, and our very selves. If you take up the Biblical Series exercises out of order, you will miss an opportunity to encounter scripture in this profound way. And thus miss an opportunity to come to know God and man's relationship, our relationship to him, in a clearer way as well.

The Biblical Series exercises have been strategically and prayerfully set up in scripture's chronological order for your benefit. We hope you take them up in order and reap the benefits we've sown for you.

2. The Biblical Series is a process of formation that builds from one exercise to the next.

The Biblical Series is made to build on the lessons you've learned and the freedom you received in Exodus 90. It does so in a way that is informed by the Church. The Church has laid out four pillars of formation: human, intellectual, spiritual, and apostolic (also known as pastoral). She uses these pillars of formation most outwardly in her formation of priests through seminaries. She encourages the laity to be formed through these pillars as well. Thus, we put them to work in the Biblical Series.

Though the pillars are all being applied in each of the ranges, a single different pillar receives the emphasis in each range. The order has been chosen meaningfully. Consider the apostolic pillar of formation. Could Matthew the tax collector have been sent out on mission before he was freed from his slavery to money or before he understood, at least to some extent, who Christ was in his heart and in his mind? No.

Christ models this reality for us by first calling Matthew out of his sin, and forming him, before he ever sends him. Even St. Paul has to have a conversion before he could become one of the greatest evangelists of all time. His just happen to be much quicker than most.

The opposite example could be found in Judas. Judas was called and formed for three years in the presence of Christ himself. But (speculatively speaking, since we can't know a man's soul) some aspect of his human, spiritual, or intellectual formation wasn't taking root as deeply as it was in the other apostles. Outwardly he appeared great, even to the other apostles. At the last supper, when Christ said that one would betray him, the apostles ask "who". It wasn't obvious by outward signs. But Judas wasn't ready to live mission with his whole life. He lacked in a prior pillar of formation. Something that could have changed if he would have allowed Christ to change it in him.

For this reason there is a specific order to the ranges. Lest a man try to implement an apostolic life based on zeal alone, and end later realizing, that he is lacking in another, foundational area of formation.

What about within a given mountain range?

Could you do Exercise 4 before exercise 2 since they are both in the Human Formation Range?

Of course as described in the section above, "1. The Biblical Series is a chronological journey through scripture," this would be unadvisable based on going out of order in salvation history. Though even in ignoring the chronology of scripture, the disciplines and reflections in the exercises build off each other as well. Exercise 2 acts as stepping stone for exercise 4 and exercise 4, does likewise for exercise 5. There is a formative method at play here; a purpose behind each exercise. A purpose behind the order.

As stated in the beginning, when lived out in order, you should experience what we pray is the greatest possible fruit from practicing the Biblical Series exercises. May the Lord bless you and your fraternity along your Biblical Series journey.

"Further up and further in"

-The Last Battle by C.S. Lewis

Did this answer your question?